That’s right, it’s another convention for the Project Biomodus team!

Big Bad Con is an RPG and LARP convention happening October 14-16, 2016 in the San Francisco Bay Area. For the past five years, Big Bad Con has put on amazing and welcoming events full of great games and great people. Due to their successful kickstarter, this year’s con will be even better with a new larger venue and private gaming rooms for all the games! Also, a number of amazing special guests and independent game designers (including us) will be there running their favorite games.

As many of you know, gaming conventions are one of the most important parts of Project Biomodus’ development. Through meeting with players, developers and vendors, Project Biomodus (and TAPM Systems as a whole) have been able to network and get feedback from people from all across the spectrum.

A huge special thanks to the Sean and Colin from the Big Bad Con organization team for getting us acquainted with their setup, the expectations of their players and for their help in determining a good schedule. As a result, we wanted to support them back, and so we have a private game room named after Project Biomodus, ready for people to play in.

So what can you expect?

Well, the Theme of the Con is obviously around the Big Bad Wolf, so instead of using the previous pregen characters we had put together for KublaCon (and are ultimately now the ‘Canon’ characters for the stories inside Project Biomodus,) we put together a group of four characters to meet the overall theme.

Each player will get the following:

If you want to know a bit more about the game as a whole, you can find the official listing for Project Biomodus over on the Big Bad Con Event Listing page!

Now then, on to the Pregenerated Characters!

Lhuur is a speedy, intelligent Biomodus who has moved her focus onto the unique talent of Configuration use. Although she may be light and nimble, her lesser-armored Case is best positioned in supporting the team with Nanite programs, and damaging or hindering their enemies with offensive powers. She is also the voice of the group, in social matters.

Vuulfin comes from the mysterious and closed off island archology of Naraako, formerly known as Japan. Having left the confines of the insular civilization there, he wanders as hired muscle, ever looking for bigger things to break down with his bare hands. Big, angry and very, very deadly.

Vulsmaan is from the industrial city of Kaalsgata in the ruins of what was Munich. In the heart of the Great Trade Houses, Vulsmaan was a House of Logistics caravan scout until he was doing too good of a job defeating bandits who they were purposefully being sent towards. Now on the run, Vulsmaan is a hunter for hire.

Hidden under the guise of an old woman, the floating, inhuman sentinel known as Graan hails from the Scaava lands in the former areas of Eastern Europe. Interested in machines and parts over flesh, Graan is the one who pulls apart the hunted, fixes the wounded party members and – when required – surprises everyone with a couple of hidden explosives. 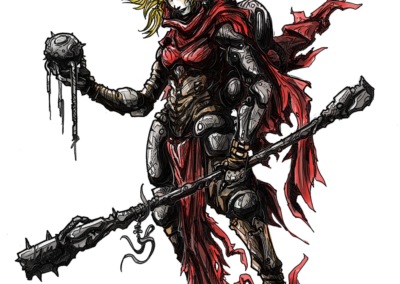 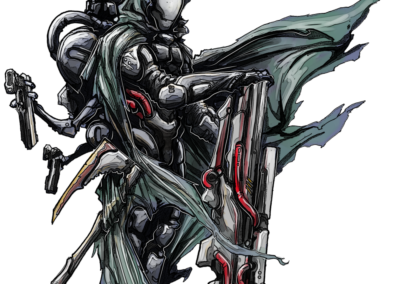 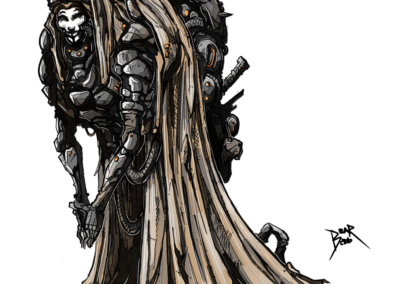